Tom is a leader of leaders, with a long career in banking and IT. He is an outstanding addition to the expertise we offer clients, as well as our internal journey of improvement and growth. We asked him to outline his background, views on modern leadership and his role in Ross Republic. Here he is, in his own words.

Leadership is learned from trial and error. It is the only path to good leadership, and I’ve never come across one good leader who deviated from that. It is the taking of responsibility of enabling the success of others.

I’m all about catchphrases

It all started in the nineties, as a student in my mid twenties. My mother suggested an MBA to complement my Master’s degree in history, which really wasn’t serving me well professionally. I took her advice, and enrolled into an international MBA program in Finland. This ultimately propelled me into a career in business.

The past is finally here

My first consulting job was at Razorfish, a pioneer in digitalisation. I’m all about catchphrases, but hate people who parrot “The future is here” or “the future is now”. First, it’s a terrible cliché. Second, reflecting on those dot com days, and what we were trying to do and accomplish in Razorfish, I’d say the accurate catchphrase would be “The past is here now, finally”.

After working for the high octane Razorfish for about a year and a half, I figured I needed more stability. The solution appeared while pitching an online project to a major Nordic bank and although the pitch fell through, I was offered a job by the bank. I jumped at the opportunity, and the timing couldn’t have been better. The week I signed with Nordea bank, Razorfish closed its office in Helsinki.

My work at the bank started with odds and ends in online service development, ranging from content management processes and rollouts to actually running a program to replace the first generation of Nordea’s online banking services. During that time (2005), I realised I had given all I can to the internet, and I jumped ship to the true business of banking, working on segmentation and retail strategy development. That progressed quickly to me being put in charge of a product unit for some core banking products, and later I was promoted to run an international product development unit.

Throughout my career in Nordea, I was always able to ask for a new challenge and receive something difficult to solve. It has been the source of my motivation to stick to banking and especially Nordea. It took me to the Baltic states and Poland, working on value proposition and segmentation development for retail banking, and eventually into joining Nordea’s sales organisation in 2013.

I worked in regional management with a dozen branches reporting to me directly in the capital region of Finland. The work mostly revolved around sales management and the leadership it entailed. I truly treasure those years, as a lot of my experiences, opinions and ideas on leadership are from that period. It was my first position which required leading leaders. Also, it was about traditional banking sales, where human contact was still essential for successful sales.

The head office eventually called me back to found a mortgage bank, and then to run it as CEO. We set it up, under direct European Central Bank supervision. After building and fine tuning it for a couple of years, it was time for me to move on from Nordea.

I jumped into a very small mono-line niche player in the Finnish mortgage market, to work exclusively in their core banking replacement project. This propelled me to my current job and back closer to technology with a financial services solutions perspective.

One of the covert benefits of working in Nordea was that they invested in state-of-the-art leadership training. Each new popular trend of contemporary management was rammed very efficiently through the organisation every two to three years. During the last twenty years I picked up and implemented several of the said trends, which helped shape my own philosophy on leadership.

I very humbly state, that I’m a product of the people who trained and educated me in leadership. I have been fortunate to work with very good leaders. Following their guidance and example, and personal lessons in trial and error, is the source of my own style.

Leadership is about trust. Establishing it means blood, sweat and tears, as people need to smell it on you. Many people think that as a leader there’s a certain format of behaviour they need to adhere to, and they then attempt to mirror that fake image. But when push comes to shove and things get tough, people will not follow someone who is not genuine. It’s all about integrity; you have to give people everything you’ve got, and genuinely be you in every situation, but also be accountable and deal with the negatives.

You need people around you who question you. Polar opposites complement each other, and the risk taker needs the evidence driven person to balance decision making, and vice versa. It is a part of the trust; you need to generate an open atmosphere where everyone knows that your views are not above debate. If you don’t, you’re a poor leader, failing to utilise the talent of your people. If they are afraid to voice opinions, you’re not leading them; you’re scaring them.

Getting comfortable with the status quo will diminish the perceived necessity to change.

Today’s leaders cannot function with drones who merely follow orders without question. People flourish when they’re trusted and have a mandate to make decisions and occasionally mistakes too. You are there to help them become stronger, more decisive and more independent. Some people are naturally more risk averse than others, but it is the leader’s responsibility to coach and support them into taking more personal risk and owning their own domain.

Although it’s a well-known fact that people perform better with this model of leadership, many people argue that it is a soft way of managing people and that it’s too “nice and gentle”. I vehemently disagree with that. It is much tougher for a person to be pushed into a situation where they alone have to make the judgement call. That is tougher than anything else. Too many people still think that bossing people around with inflexible orders, rigid timelines and strict supervision is tough, but it’s not. It’s stupid.

One of the things you see, especially in banking, is staying power. If you are intelligent, positive and proactive, but not necessarily driven, you can build a long and lucrative career in a major bank. You will likely rise up to the leading leaders level before retirement. I see a major change ahead in that model.

People should not linger in the same environment for too long, as it leads to stagnation. It is a scientific fact that your neurons “stop firing” in the absence of change. You can certainly change position or business unit, but the organisation remains the same, as do probably a half of the people constantly around you. Getting comfortable with the status quo will diminish the perceived necessity to change. This is human and unavoidable, and people need to regularly change their environment to ensure continuous development throughout their lives.

The eighties are dead

A rotation of key leaders will increase, both internally and externally. Instability is on the rise in the business world, and it is critical to have high churn in leaders to introduce new talent, new ideas, new thinking and new operational methods into the company. Businesses need that churn, instead of the traditional model of decades of service and a gold watch. However, many management standards from the eighties still dictate the how to of leadership and organisations, although we know people do not function like that.

I’m excited to join Ross Republic because it is fundamentally interesting. It’s small, special and it’s strange. It has lots of compelling elements as it is different and nimble. The people in Ross Republic are driven, motivated, eloquent and intelligent.

The focus of Ross Republic is to implement the future in your core business, and in this, leadership is key. My role at Ross Republic is to help those leaders to lead by example to build cultures that nurture accountability and performance: a culture that accelerates change. 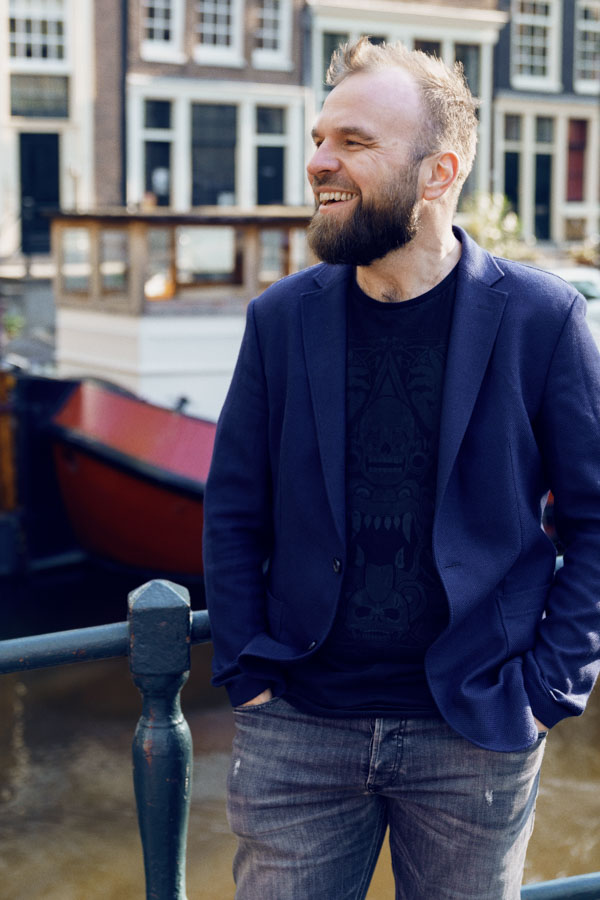 Jussi is an ex-R&D engineer and creative, with a head for conceptualization and a passion for building.