The forerunners in open banking showed that open banking has potential to improve customer experience, increase efficiencies and unlock new revenue once it is linked to business strategy and digital transformation. Read our analysis of The Third Annual Open Banking & APIs Forum 2020 in Amsterdam.

The speakers at the event represented a comprehensive range of banks operating in different market conditions and with different business models. There were speakers and panellists from:

Industry collaboration and fresh ideas outside the traditional banking industry are key in building data economy and unlocking data for new value-add services. One could have expected to see speakers from promising fintechs to the big tech companies now entering the financial services market.

The lack of industry outsiders, and fresh commercial thinking, was acknowledged by some open banking veterans. One sarcastically mentioned, that in the early years the speakers at open banking events were the regulators, then consultants, followed by open banking platform companies and now finally the banks. All of them are mainly concentrated on regulation and technology.

The following five topics were mentioned often in the presentations as well as panel and informal discussions.

PSD2 is just the beginning

PSD2 and Open banking were seen as a starting point for a more profound transformation, than what PSD2 at its current form obliges banks to open up. The EU Commission recently published a new Data Strategy for the EU Single Market, which includes open finance among other industries. Open banking is a stepping stone to open finance that will open up products such as savings and mortgages. Open finance, in turn, is a stepping stone to the era of open data, in which we will experience a data-driven society where data flows freely for the purpose of deriving value from the accumulated information.

PSD2 accelerates the unbundling of banks

It was a common view that PSD2 will accelerate the unbundling of banks. There will be more customers who look for the best product in each product category and use aggregator services to manage these products. For instance, Pedro Pinto Coelho, the Executive Chairman of Banco BNI Europa, said that their target segment is people who do not find the value propositions of universal banks compelling. The size of the new customer segment remain to be seen.

Define your role in the open world

The speakers widely acknowledged that open banking is a strategic question about the role of a bank in the open ecosystem. Does a bank choose a passive role, doing just that what is stipulated in PSD2? Or does it take a more active role? If it does, what kind of a role it will be?

Choosing the passive role means that PSD2 will remain a cost that it has so far been. It also means that the bank takes a risk of losing its most valuable asset; the customer relationship.

The elusive use cases and monetisation

The commercial aspect of open banking is a big question mark for banks. “We still need to find out use cases and how to monetise them” was probably the most repeated phrase at the event. Even Carlos López-Moctezuma, the Global Head of Open Banking at BBVA, said that uncovering fit-to-digital products is a constant challenge. Interestingly, he also mentioned that new value-added services are harder to monetise if a bank works with modern companies. Felim O’Donnell, the COO of Starling Bank, said that the next big banking innovation hasn’t happened yet, but when it does, it will be built on Open APIs.

However, there were a few tangible examples of where a bank had monetised either AISP or PISP use cases. For instance, HSBC now analyses the main account of a non-customer borrower, which has lead the bank to writing thousands of loans it would have otherwise missed out on. What was remarkable was that HSBC was able to analyse PSD2 within their existing credit scoring model.

It is a challenge to make open banking a commercial imperative

So far, for the majority of banks PSD2 and open banking have been a compliance-driven topic. For the more advanced banks it has also been a strategic topic. For the most advanced ones it has become a business reality where it either delivers tangible results or invaluable learnings.  In the one-on-one discussions, it became clear that one of the biggest challenges is get open banking out of the silo in which it has operated during the technical set-up of APIs. To deliver any tangible business benefits, open banking must become part of the commercial agenda and daily life of a bank’s employees just like digitalisation has become.

More understanding is needed of the potential customer and business benefits, product by product, before open banking becomes an integral part of strategic planning of individual business lines and finally creates tangible benefits both for banking customers as well as banks.

The most digitalised banks presented unique use cases, where they had innovated new data-based products for well-defined target segments, as well as new distribution strategies beyond the bank. DenizBank for instance offers an augmented agri app to farmers, whereas OP Financial Group has created a fully automated SME invoice financing service which is distributed only by an accounting software partner.

Unique use cases aside, these were the use cases that were mentioned most often as the obvious ones:

Account aggregation in its basic form, as a stand-alone service, was not considered as an attractive service to large audiences. We learned that only a small amount of current aggregator service users use the service more frequently than they use their the mobile bank. Keeping the users engaged is a challenge. It was assumed that the account aggregation would be a must-have service that every bank will offer, yet it is an essential building block that enables banks to create differentiating value-added services.

The interesting strategic question for banks will be how to source the intelligence capabilities that deliver accurate, tailored advice and recommendations. Will data enrichment be outsourced to brands like Tink or Plain, or will a bank acquire in-house capabilities like OP Financial Group has done?

The main driver for payment initiation is the cost reduction for the initiator in addition to the increased convenience for the customer.

Banks now being able to expand the reach of fully digital loan products to non-customers, was seen as one of the most attractive PSD2 use cases with immediate revenue potential.

SME lending was seen as another obvious application area of open banking, with a promise of banks in the future having the unstructured data of the financial situation of the SME borrower in a structured form to evaluate risks involved in the financing.

Corporate banking was identified as another major application area of open banking, with a promise of increased transparency and streamlined operations. Yet, there were no speakers from corporate banking to elaborate on this topic.

Many speakers and panellists mentioned that premium API’s would be the Holy Grail of open banking, yet so far few of the presenters had experience on them. Even the ones who did, e.g. Deutsche Bank, mentioned that it is hard to set the right price for a new product in a market without organic demand.

Finally, there were many banks who already either offer or are commercialising identification services to either in-house to on-board new customers or for third parties. The benefits are two-fold; better customer

Open banking has the potential to improve the customer experience of non-banking industries. Niall Buckley, Head of Digital Ecosystems at AIB Group, told that AIB is actively looking into different industries and business categories to understand what non-banking business AIB could own in future. For instance, it could be the Connected Motorist Digital Ecosystem.

Masa Peura, SVP Payments, Accounts and Personal Finance at OP Financial Group, proved that data becomes meaningful to a customer and useful to a bank only if it is enriched and analysed for accurate insights, recommendations and tailored products. OP was the only traditional bank with a focus on AI, with in-house capabilities to build data-driven and highly automated products and services, the very the building blocks of tailored digital customer journeys.

Gürhan Cam, Digital Banking SVP & Deputy Chief Digital Officer at DenizBank, made it very clear that open banking is a business decision, instead of something you do because of regulations. DenizBank have made building an ecosystem and tightly collaborating with partners the strategic priority for their innovation strategy. With their API vision “Banking Everywhere” and 210 APIs, DenizBank reminded us of DBS, one of the most transformed banks, the mission of which is to make banking invisible and who offer 20+ APIs.

Sometimes what was left unsaid, or only briefly mentioned, is more interesting and revealing that was actually said.

I’ll get to that in a while:

In the mean time, thanks for the participants for great presentations and good discussions as well as Fleming for the well-arranged event! As always, all discussion is most welcome. 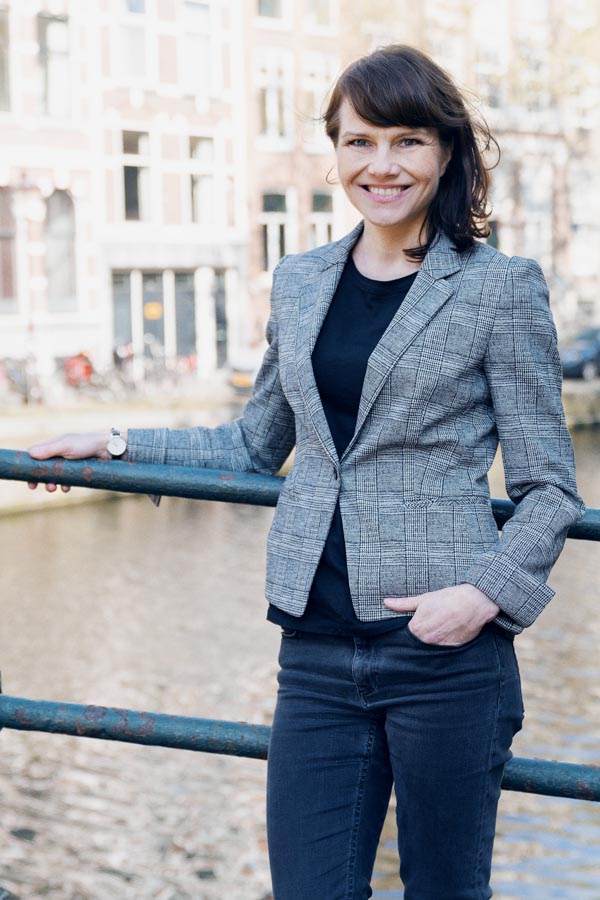 Tintti leads Ross Republic’s strategy team. She has in-depth knowledge of business transformation in financial services and manufacturing industries, and is known for delivering ambitious yet actionable recommendations.